Better than no rain at all 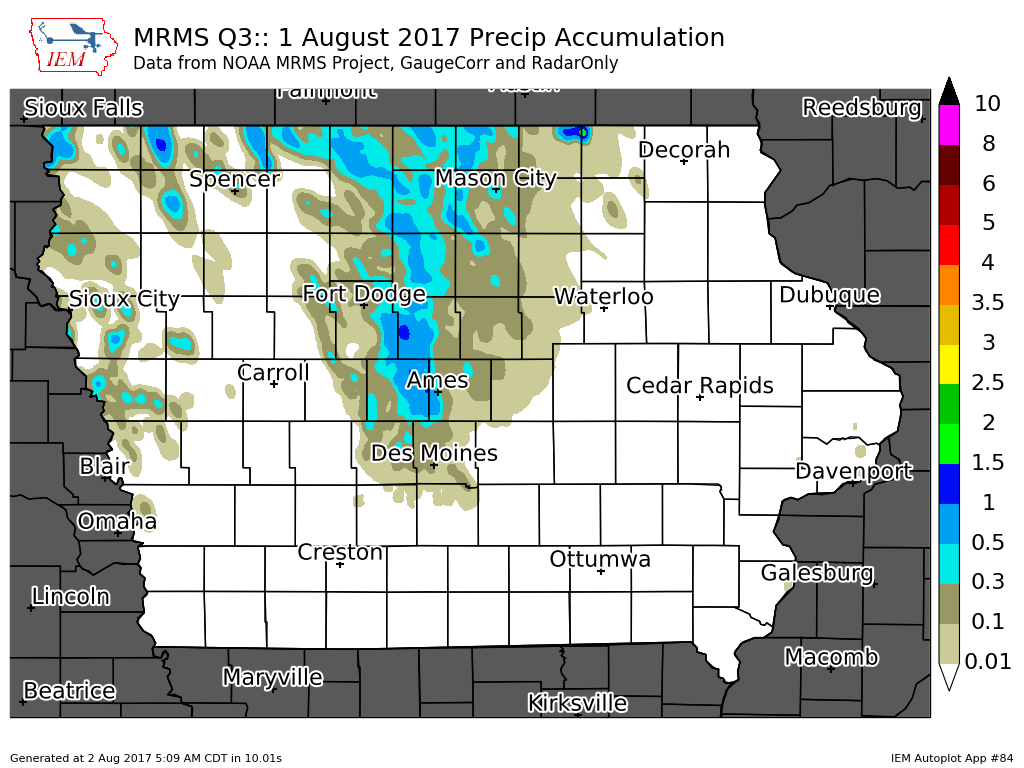 Generate This Chart on Website
The receipt of rainfall continues to be a struggle for most of the state this summer. Some portions of the state did pick up some rain last evening as shown by the featured MRMS estimates. Totals were generally less than a half inch, but for those that did get some rain, every drop counts at this point. More rainfall chances are in the forecast, but it remains to be seen how much will fall on the driest areas in the state.