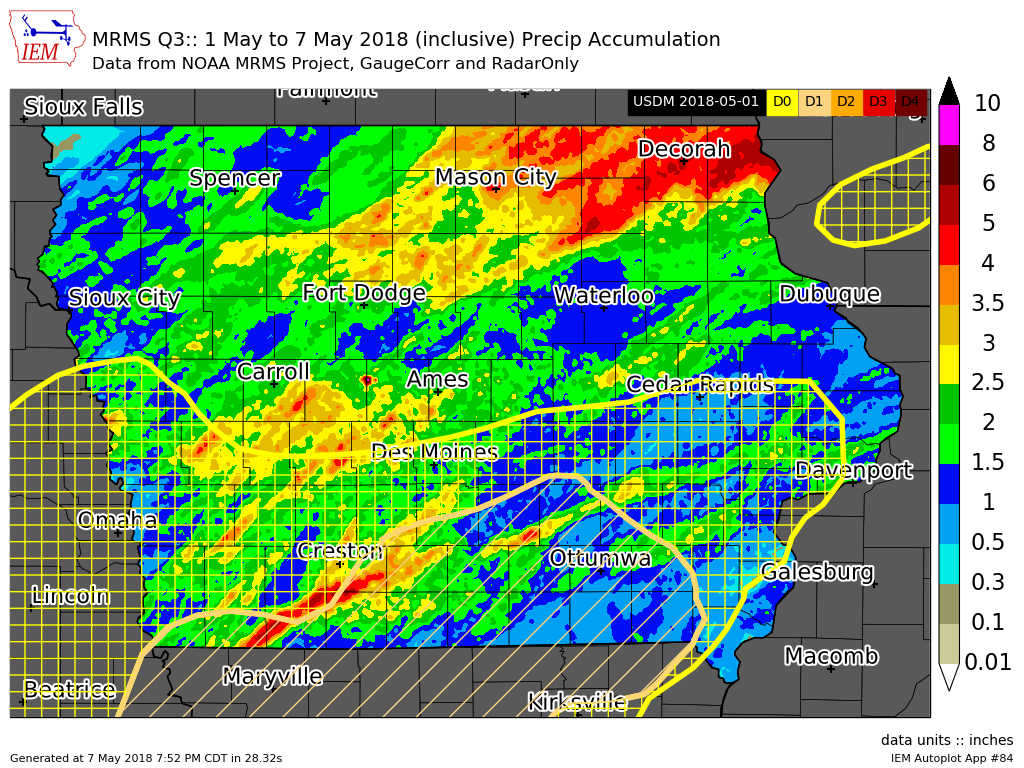 Generate This Chart on Website
The weekly US Drought Monitor is released every Thursday and considers rainfall up until 7 AM the prior Tuesday. So the featured map combines the previous seven day precipitation totals and last week's US Drought Monitor analysis. The cross-hatched areas are in D0 status and the single slash are in D1. The map shows that some of the analyzed drought area picked up some significant rains, but other parts did not. Some of the driest areas in southern Iowa missed out again on the heaviest totals. The national drought monitor attempts to paint the drought analysis with broad brush strokes, so these fine scale precipitation totals make for a difficult analysis. These rainfall totals are also heavily based on RADAR, which can sometimes over-estimate and sometimes under-sample precipitating storms. Another confounding issues is that water demand is steadily increasing as the growing season cranks into full speed, so it takes an inch or so of rainfall just to keep pace with that demand.