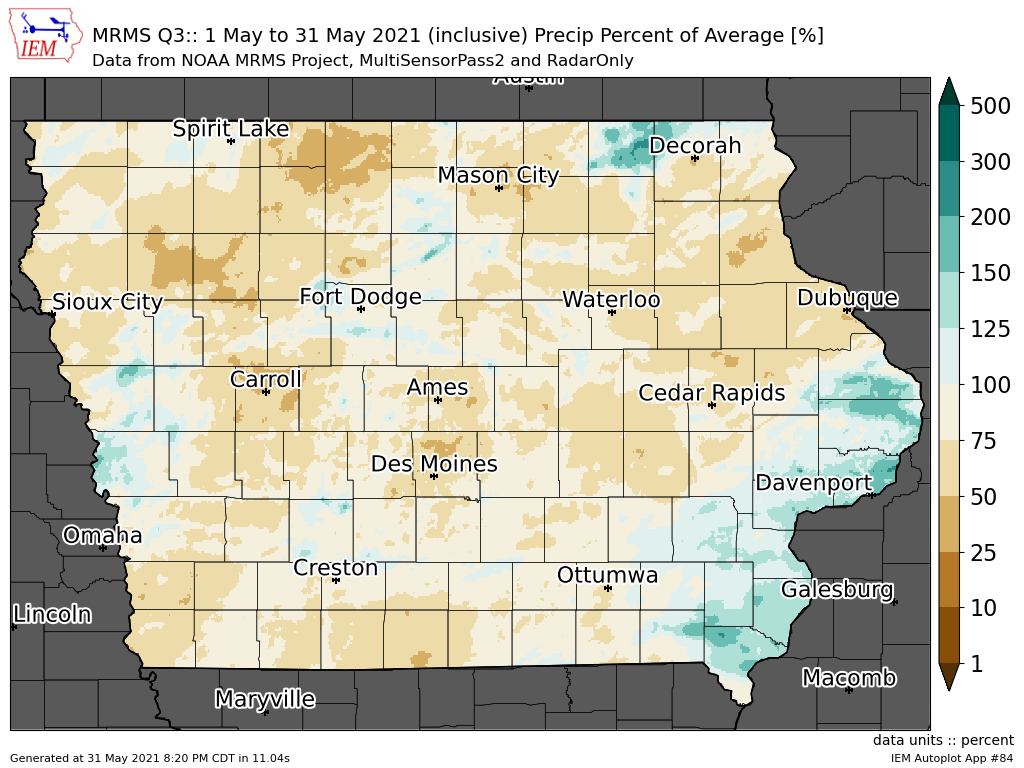 Generate This Chart on Website
Somehow the calendar now says June and we start off a new month in a strange predicament for the growing season. May continued the trend of April with a few really hot days, a few really cold days, and inconsistent rainfall over the state. You may be thinking this is what weather is like in Iowa each year, but some aspects have made this year unique. The first being the very late frost over northern Iowa late last week and the second being the continued lack of thunderstorm and severe thunderstorm activity over the state. The featured map presents precipitation departure estimates based on MRMS accumulations and NCEI grid climatologies. Much of the state is shown below average, but there have been some wet areas, namely far southeastern Iowa. The aforementioned predicament is what type of weather to hope for this month. In general, the entire state needs warmer weather to speed up crop development, but the increase in heat will start really ramping up the drought impacts for the dry areas of the state. The first week of June looks to build heat and be generally dry. Perhaps at this point it is good to be thankful it is not snowing!